The high-end, direct-to-consumer German bike brand built its first gravel bike, the Grail, as a single-bike quiver. That’s a bold claim, so I tested a pre-release model in Nice, France, for this review. 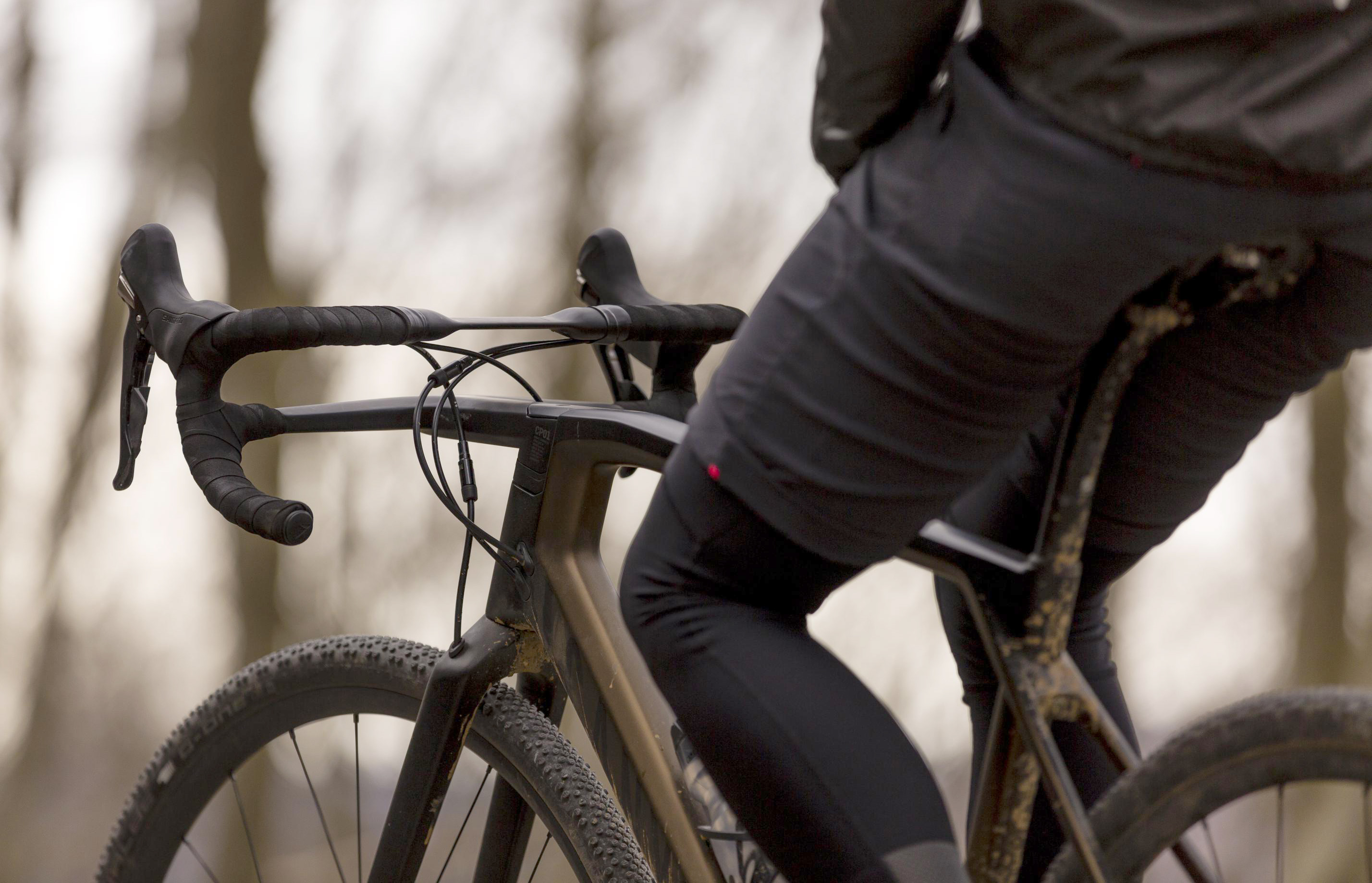 Increasingly, riders who favor wanderlust over winning races are swapping their road bike for a wider-tire gravel bike. 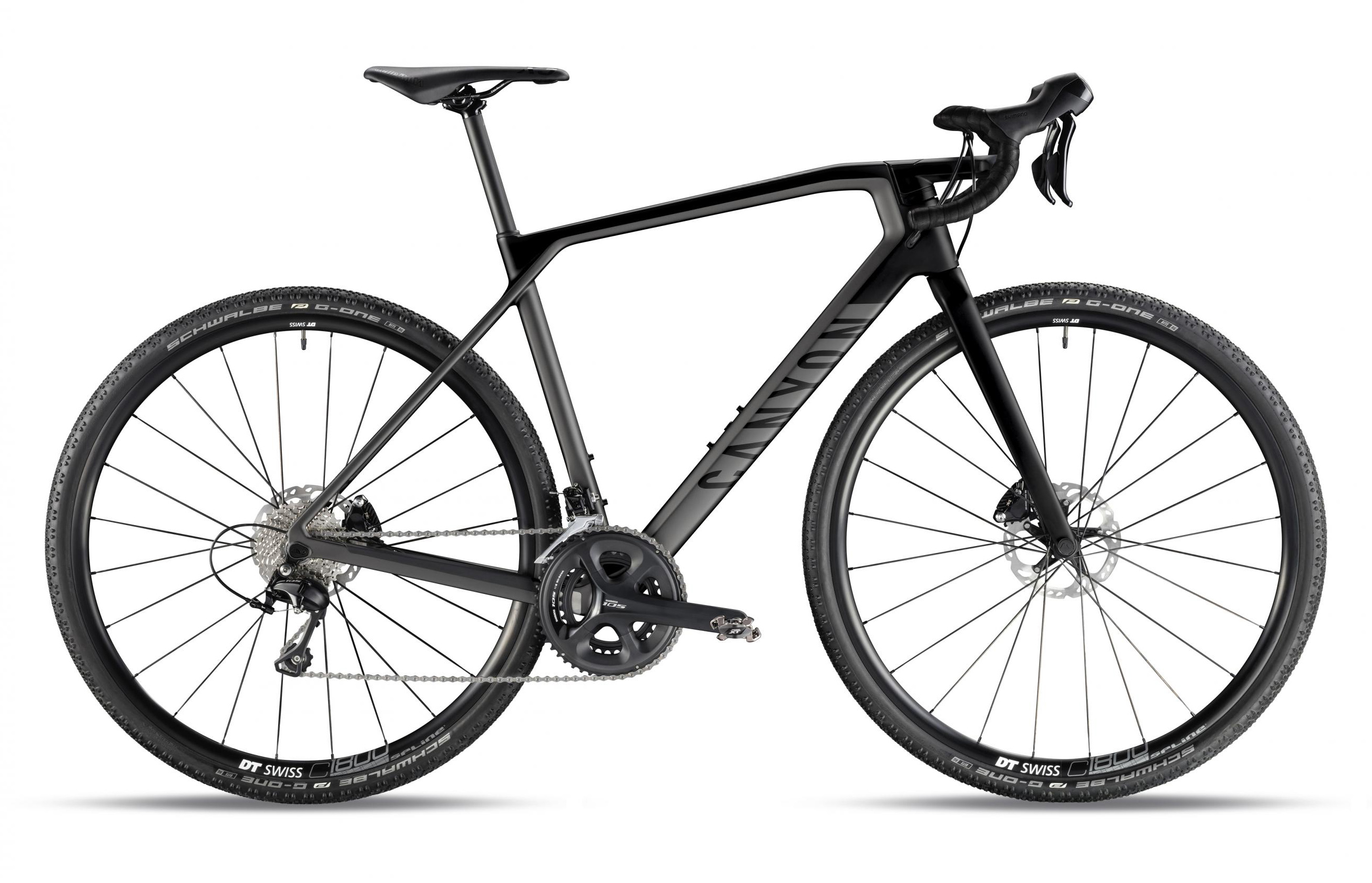 What I found with Canyon’s Grail ($2,299–4,899) is that you can ditch the road bike altogether. This bike is so fast and versatile it can take you almost anywhere.

This do-all entrée into the gravel space is designed for long rides on dirt roads, but it’s zippy and responsive enough that the Grail proves just as fun on pavement. It dominated on smooth singletrack during my review, and it survived when some other crazy riders pointed it down a technical MTB trail.

The aero carbon frame geometry of the Canyon Grail is more like a mountain bike than a road bike. The stem is short (70 mm on a medium), which gives the bike nimble handling – it goes right where you point it, and fast.

But the geometry is also slack and stable, which made muddy logging roads, scattered with rocks and roots, a fun obstacle course instead of a white-knuckle stress fest. 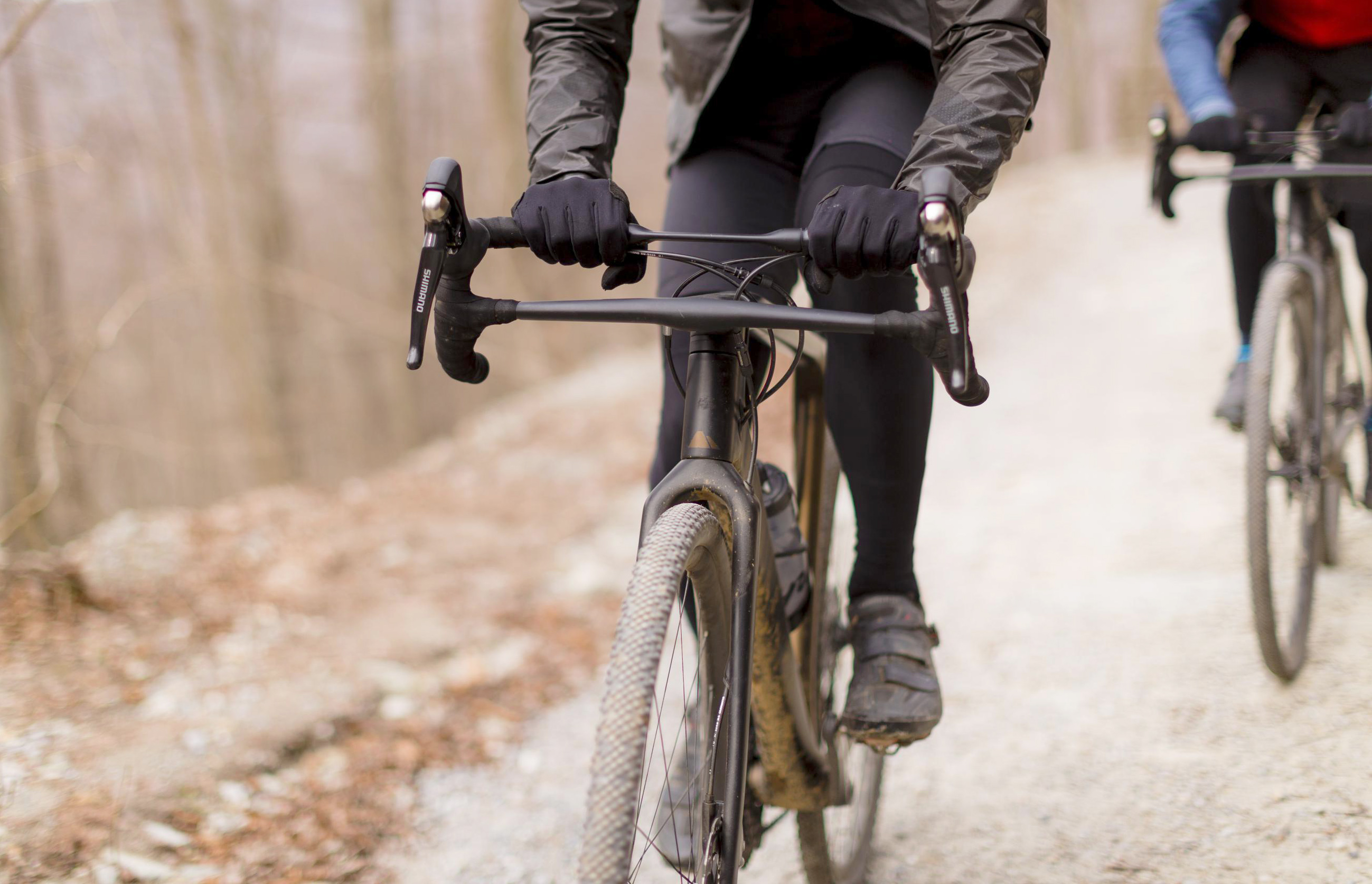 I wondered if the Grail’s most obvious innovation, its double-decker Hover handlebar, was gimmicky or functional. Well, I loved it. Canyon designed it to absorb shock when you have your hands on the top of the bar, and to be stiff and responsive with your hands in the drops when sprinting or descending.

Interestingly, that works opposite standard construction. Normally the flat part of drop bars is the stiffest part of the handlebar because it’s near the stem.

The top deck of the Grail’s Hover Bar, which is where you put your hands when riding, has seven times more vertical displacement than a conventional setup, according to the brand.

It’s also flexible and absorbs shock. It noticeably minimized chatter and vibration, so I didn’t feel as beat up or fatigued afterward as I normally would. 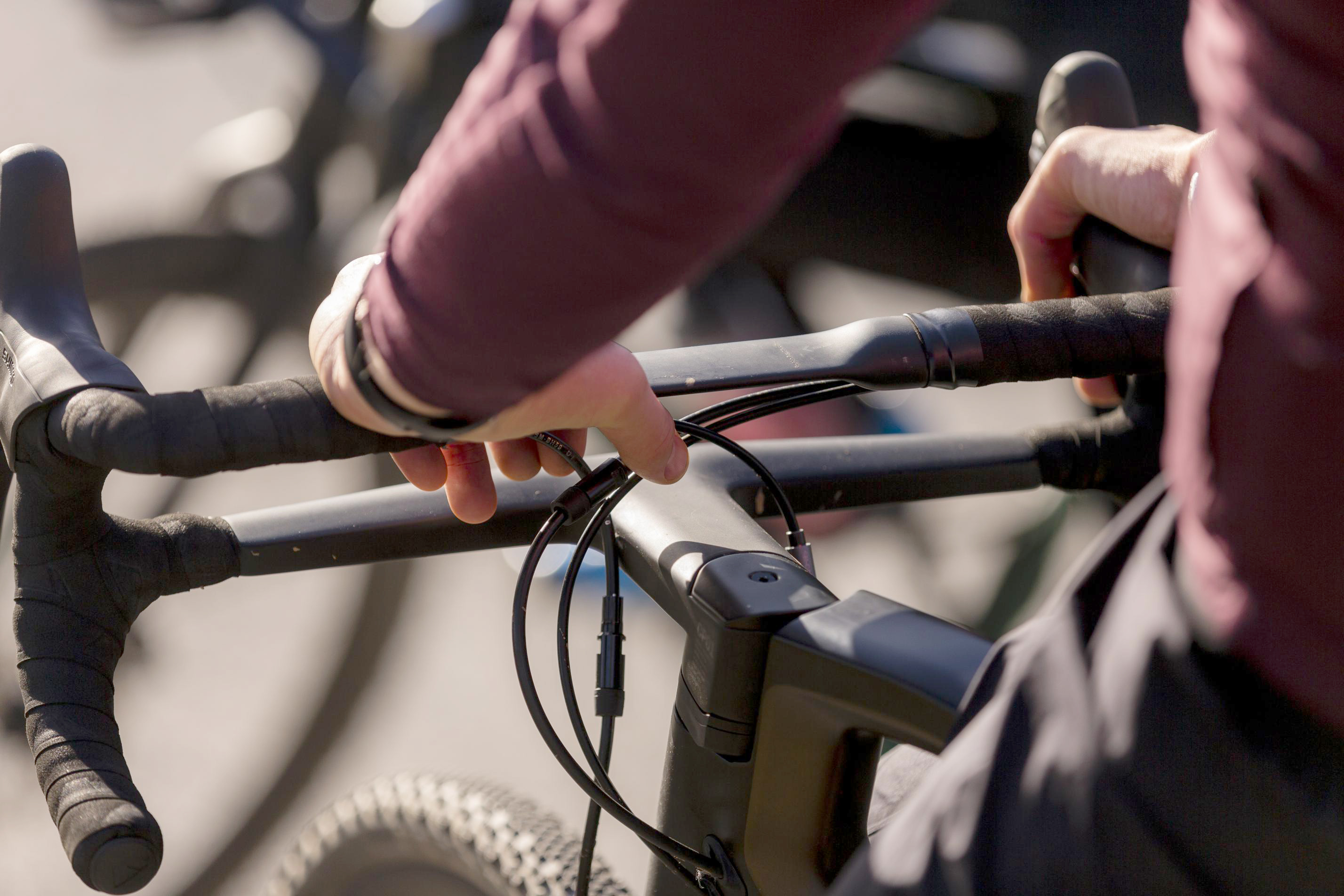 The lower level integrates into the stem to attach the bar to the bike. The handlebar does have spacers you can move to add 15 mm of height between the two bars (shown above). And the weight cost of this ultra-effective, maintenance-free shock absorption is only 4 ounces over traditional systems.

Bonus: It’s not such a Frankenbar that it will turn off riders who appreciate the lines of a traditional bike. From the side, you almost can’t see the beautifully integrated design.

Another clever feature Canyon built into the Grail handlebar is a small tab that protrudes from the D-shaped bar. This helps lock in your hands when you’re in the drops. The feeling of stability and security when bombing downhill was a nice surprise – totally unprecedented. And it didn’t feel restrictive, which is another big win.

The brake hoods have traditional grip. While a lot of gravel bikes use a dramatically flared handlebar, the Canyon’s flare only slightly – 7.5 degrees. On a 50-mile ride, my hands never felt numb. 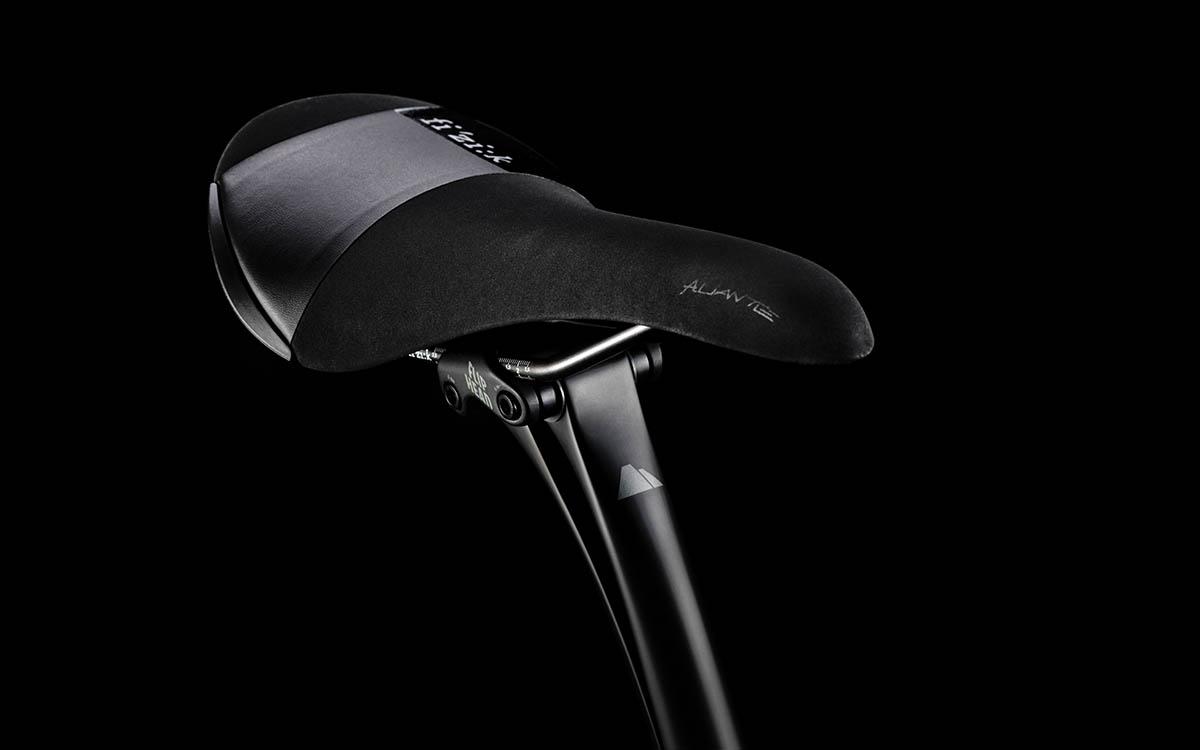 Instead of using a traditional seat clamp, the post clamps low in the frame and the adjustment screw is integrated into the seat tube.

And because there is a floating seat clamp at the top of the post to hold the saddle in place, the post is able to flex. Thus, it disperses inconsistencies in the terrain without the saddle angle noticeably changing.

The seatpost’s shock absorption is more subtle than the handlebar’s, but it’s just as effective – and clever. It further reduces the beat-up feeling at the end of a long ride. 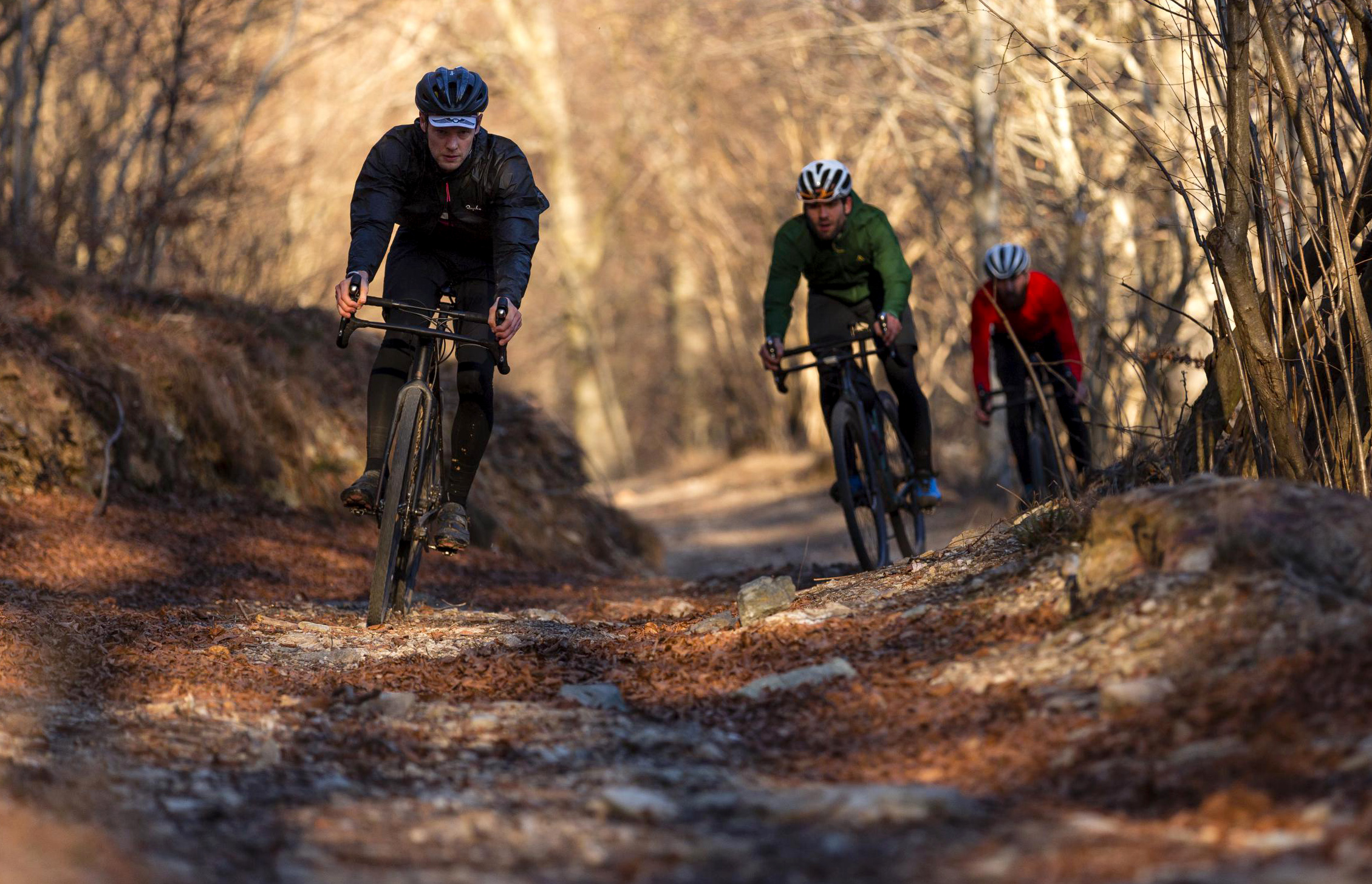 Recognizing that people ride gravel bikes in muddy, wet weather that keeps even mountain bikers home, Canyon added fender mounts to the frame and sealed the junction of the frame and seatpost with a rubber gasket.

Weight weenies will appreciate that the whole seatpost package is half an ounce lighter and 15 percent more compliant than a traditional design. 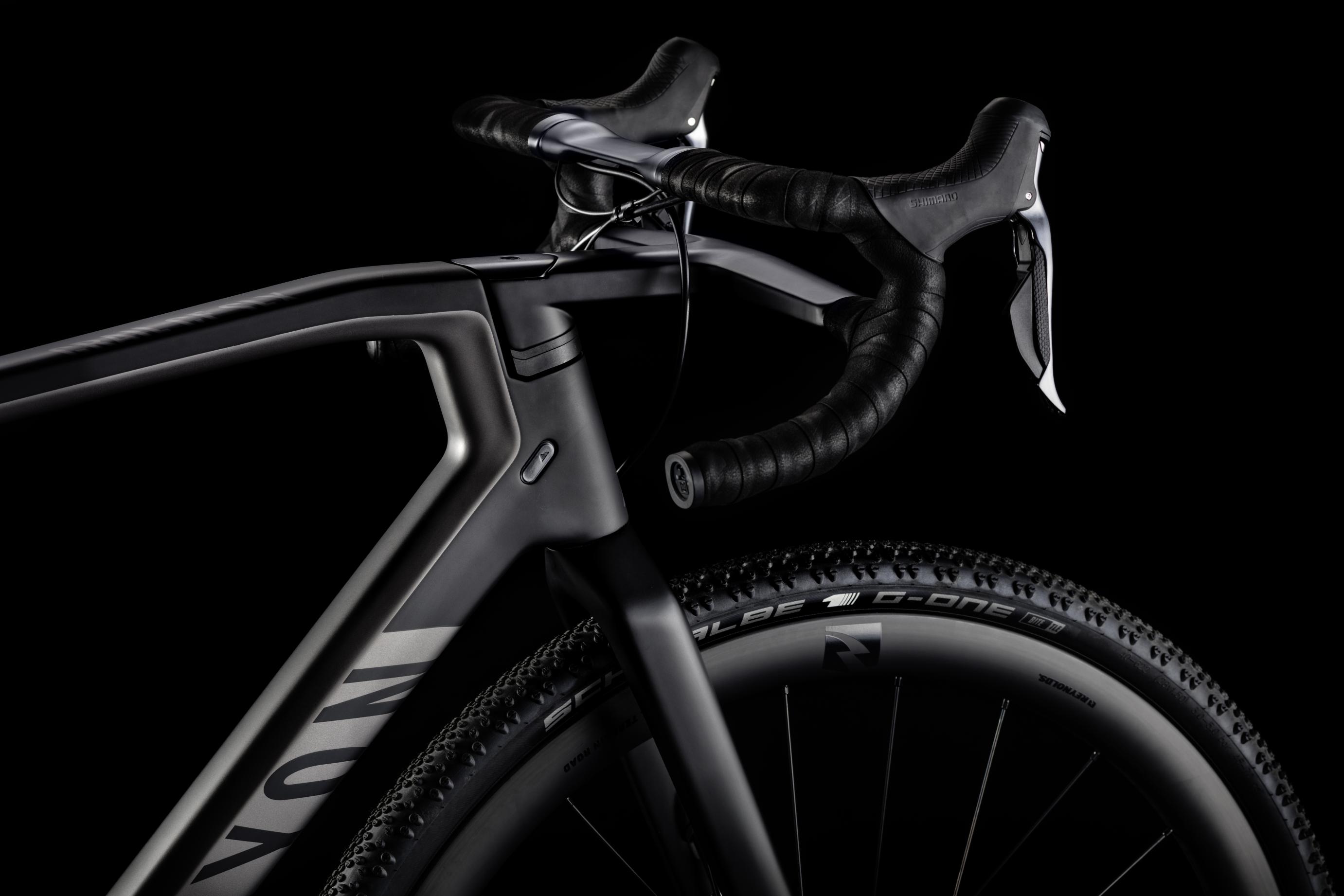 I tested this bike with Di2, but you can also run it with a mechanical drivetrain. It comes spec’d with a variety of road groupsets depending on the model.

Our demo bike had a Shimano Ultegra 8000 groupset, which has a 50-34 2x chainring and 11-34 cassette. According to Canyon, nothing on the market gives more range, and it decided against a 1x drivetrain because it felt that would limit the bike’s capabilities.

Canyon claims that, at 830 grams (1.83 pounds), the Grail is the lightest gravel frame on the market. The full bike I tested weighed 18.1 pounds. But the Grail doesn’t skimp on bells and whistles, like 42-mm tire clearance and integrated chainstay protection.

And under the headtube, there’s a clever device that acts as a stop for the handlebar. This keeps it from over-rotating and damaging the carbon frame – no more snake-bite dings!

The Grail comes in seven sizes from XXS to XXL. The two smallest sizes come with 650b wheels in order to maintain the geometry and handling in smaller versions of the bike. And two of the models come with female-specific saddles.

I am 5-foot 7-inches tall and always ride a medium frame in a mountain bike, and a size 54 in a road bike. Canyon’s sizing system put me on an XS, which felt too small. In the end, I tested a size small, which was perfect.

Canyon challenged itself to build one bike that could do it all: soar on the pavement, stay stable on rough roads, maintain its calm when cruising, and feel controlled when you’re pushing limits – both the bikes and yours.

According to the brand, it found the Holy Grail of speed and comfort, capable of performing off-road without sacrificing on-road feel.